Cardarine, (also known as GW501516) is a peroxisome proliferator-activated receptor delta agonist (PPAR-δ) manufactured as a collaboration between Ligand Pharmaceuticals and GlaxoSmithKline during the 1990s. While commonly thrown into the category of selective androgen receptor modulators (SARMs), Cardarine is technically not a SARM like Ostarine or Ligandrol for example.

But even though it’s not accurate to label Cardarine a SARM, it is quite an impressive performance enhancing compound anecdotally speaking. In clinical settings, it has demonstrated its ability to improve functional health outcomes associated with metabolic syndrome.

Cardarine belongs to a class of drugs known as PPAR-δ, which are commonly used clinically in the treatment of metabolic syndrome; an umbrella term given to a group of risk factors that increases one’s chance of developing severe health problems such as heart disease and diabetes. Risk factors include high blood pressure (hypertension), high blood sugar (hyperglycemia/diabetes), low levels of HDL (“good cholesterol”), and obesity. The more risk factors a person has, the greater the likelihood they’ll develop one (or potentially several) of the aforementioned severe health problems.

Peroxisome proliferator-activated receptors (PPARs) have the unique ability to regulate fatty acid metabolism as well as insulin sensitivity. Drugs that agonize these receptors are commonly used in clinical settings to treat disorders of lipid (fatty acid) metabolism and type 2 diabetes [1]. PPAR agonist drugs exist for the various subtypes that exist for PPARs. Examples of these subtypes include PPAR-α and PPAR-γ, which are the alpha (α) and gamma (γ) subtypes respectively.

What makes Cardarine unique is that it is an agonist of PPAR-δ, which is the delta subtype of PPAR. Agonists of this particular subtype have illustrated the remarkable ability to modify and alter the body’s fuel preference from glucose (sugar) to lipids (fats) by increasing the body’s levels of fat oxidation (fatty acid breakdown) [2]. As a result, blood sugar levels are reduced and insulin sensitivity is raised.

Cardarine possesses a high affinity for PPARδ. In other words, Cardarine is able to selectively bind to the delta subtype of the PPAR with a notable amount of strength. Rat models have highlighted Cardarine’s propensity to activate a protein called peroxisome proliferator-activated receptor gamma coactivator 1-alpha (PGC-1α), which primarily regulates a metabolic process called gluconeogenesis. This process is responsible for synthesizing glucose (sugar) from non-carbohydrate sources of energy, such as fatty acids and amino acids (protein) [3].

This complex formed from the combination of both PPARδ and PGC-1α upregulates the expression of proteins involved in energy expenditure (calorie burning) and metabolism [4]. 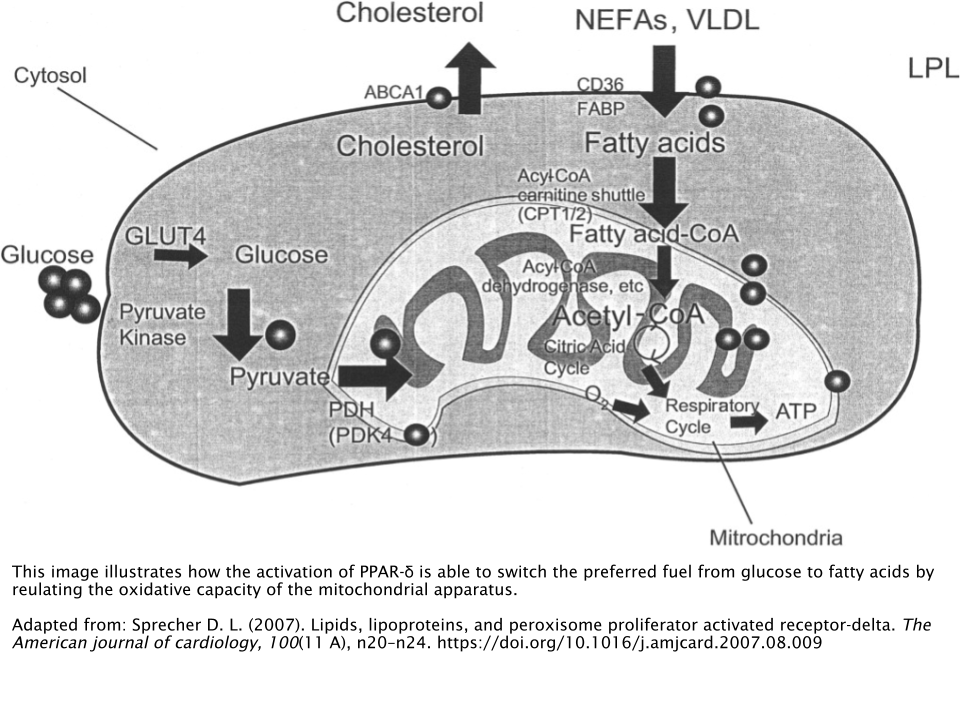 Activation of PPAR-δ via Cardarine not only induced expression of molecules associated with fat oxidation, but also improved glucose tolerance and insulin sensitivity [5]. 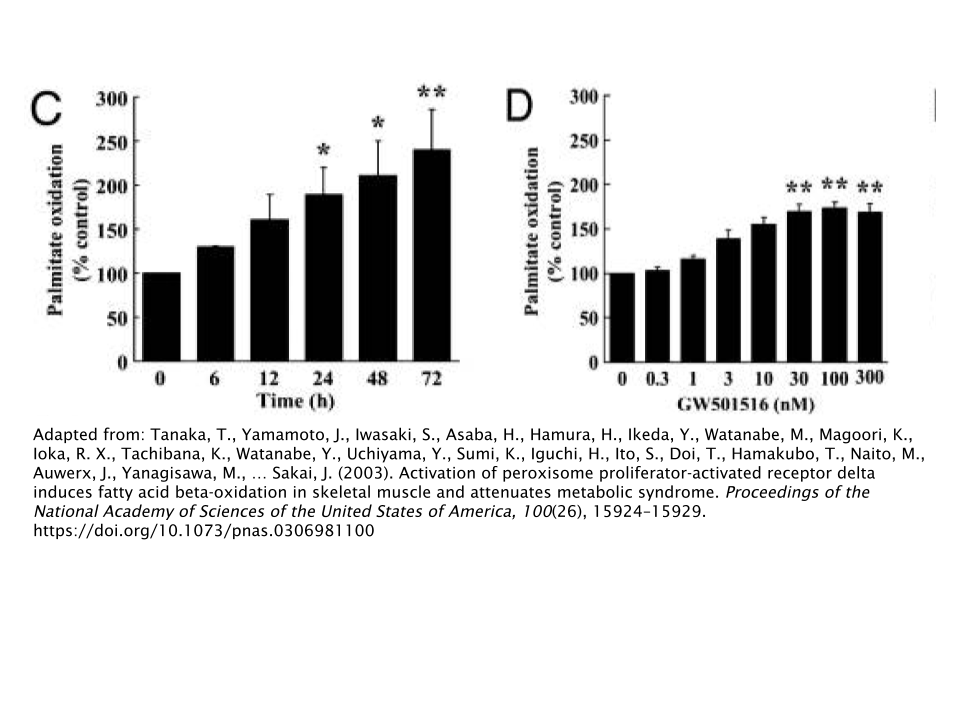 This brings us back to the complex formed by PPAR-δ and PGC-1α. PGC-1α is able to both increase the capacity to which fat oxidation occurs, as well as increase mitochondrial biogenesis in skeletal muscle tissue; causing the conversion of white muscle fibers to red muscle fibers. This phenomenon is resemblant to the adaptation that occurs during endurance exercise training [6].

This led to the discovery of PPAR-δ’s correlation with higher percentages of aerobic skeletal muscle fibers (Type I) and higher oxidative capabilities. One study showed that mice with an overabundance of PPAR-δ had skeletal muscle tissue that resembled that of aerobically-trained mice [7].

After Cardarine demonstrated satisfactory levels of efficacy in preclinical animal models, it was then able to proceed to Phase I clinical trials in humans; primarily focusing on Cardarine’s influence on biomarkers and outcomes related to metabolic syndrome.

Cardarine has been shown to decrease the activity of cholesteryl ester transfer protein (CETP), which is linked to the buildup of plaque in the arteries [8]. The researchers that discovered this result were conducting a study with 13 obese individuals over the course of 6 weeks. They reported that Cardarine markedly improved several markers associated with dyslipidemia, a condition where cholesterol and lipids in the blood reach abnormally high levels. Dyslipidemia is also a significant risk factor for developing cardiovascular disease (CVD) [9].

Both dyslipidemia and hypertriglyceridemia, (abnormally high levels of triglycerides; the primary component of body fat) lead to the overproduction of a type of “bad cholesterol” known as very low-density lipoprotein (VLDL) by the liver. This occurs as a result of the body’s failure to appropriately respond to the blood sugar-lowering hormone insulin. This is otherwise known as insulin resistance.

While the aforementioned study was able to demonstrate Cardarine’s ability to significantly improve VLDL, among other triglyceride markers, it had no effect whatsoever on body weight or insulin resistance.

Not only does Cardarine reduce “bad cholesterol” such as LDL and VLDL, but it also increases HDL (“good cholesterol”) , as evidenced during a 12 week study where subjects were administered 10mg/day of Cardarine [10]. 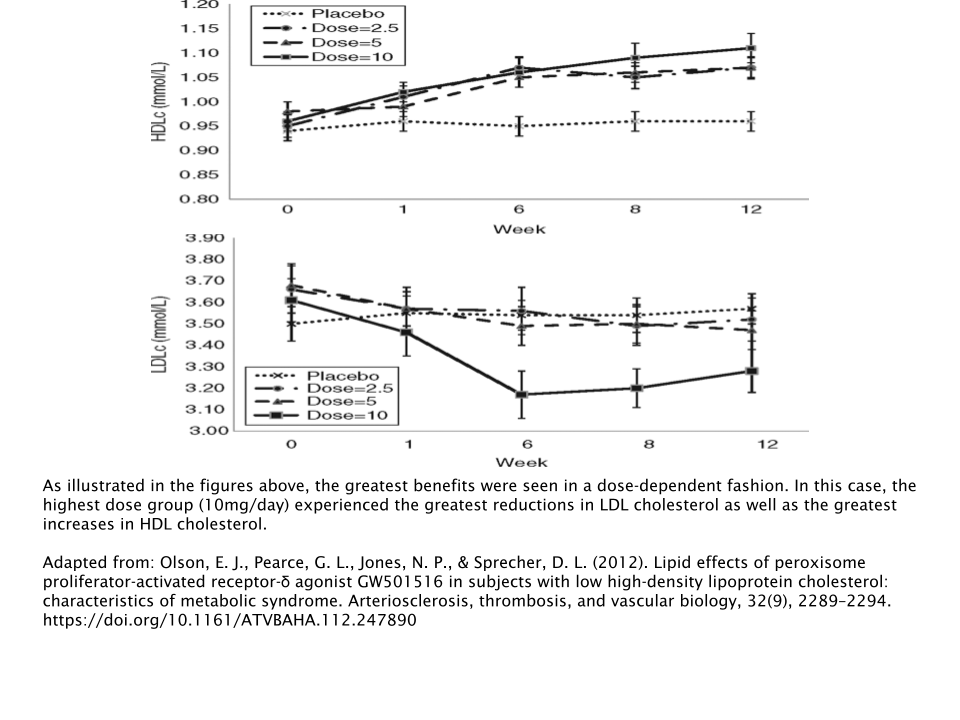 This trend continued, as several other studies highlighted Cardarine’s positive influence on cholesterol/triglyceride biomarkers. And there are actually some studies that suggest Cardarine improves insulin sensitivity in addition to the cholesterol-related benefits [2,11].

Using the data we have available to us, it’s easy to understand the association between the use of Cardarine and the increase in endurance capacity that various anecdotal reports have previously noted.

Practically speaking, Cardarine is able to spare glucose in the body by switching fuel preference from glucose to fatty acids. In turn, this is able to increase endurance by preventing the onset of hypoglycemia (low blood sugar) and improving insulin sensitivity and glucose tolerance. This overall increase in endurance translates to performance-enhancement effects such as shorter rest times between sets and the ability to perform greater amounts of reps.

Is Cardarine Better Suited for Bulking or Cutting?

Cardarine’s effects on fatty acid metabolism and skeletal muscle appear to make this a much better fat burner/muscle preserver as opposed to a muscle builder. Therefore, use of Cardarine would be much better suited to a cutting or body recomposition cycle rather than on a bulking cycle.

In clinical trials, dosages ranging from 2.5mg/day – 10mg/day were used. The longest lasting trial was for 12 weeks. For recreational use, several anecdotes report using a dose in the 10mg/day – 20mg/day range for approximately 12 weeks.

Research on Cardarine was eventually discontinued after the results of a particular study using Wistar rats showed a causal link between Cardarine and the onset and rapid progression of cancer in multiple organs (i.e. liver, tongue, stomach, bladder, skin, ovaries, and testes) [12]. However, there is no human data available that suggests this same phenomenon would occur in humans.

Granted, the occurrence of malignant tumors in Wistar rats is notoriously common [13]. Therefore, relying on this animal model alone is perhaps not the most accurate method to determine the likelihood of this occurring in humans. Plus, it would not be in the best interest of pharmaceutical companies to take such a risk. Add to the fact that any ethics committee or institutional review board would never allow such a study to be conducted in the first place.

How Does Cardarine Compare to SARMs & Other Endurance-Enhancement Drugs?

This is perhaps the most comparable drug to Cardarine in terms of its effects on endurance capacity.

SR9009 activates a group of proteins called Rev-ErbA-α, which has been shown to improve endurance by increasing the number of mitochondria in skeletal muscle relative to those with a deficiency in Rev-ErbA-α [14]. 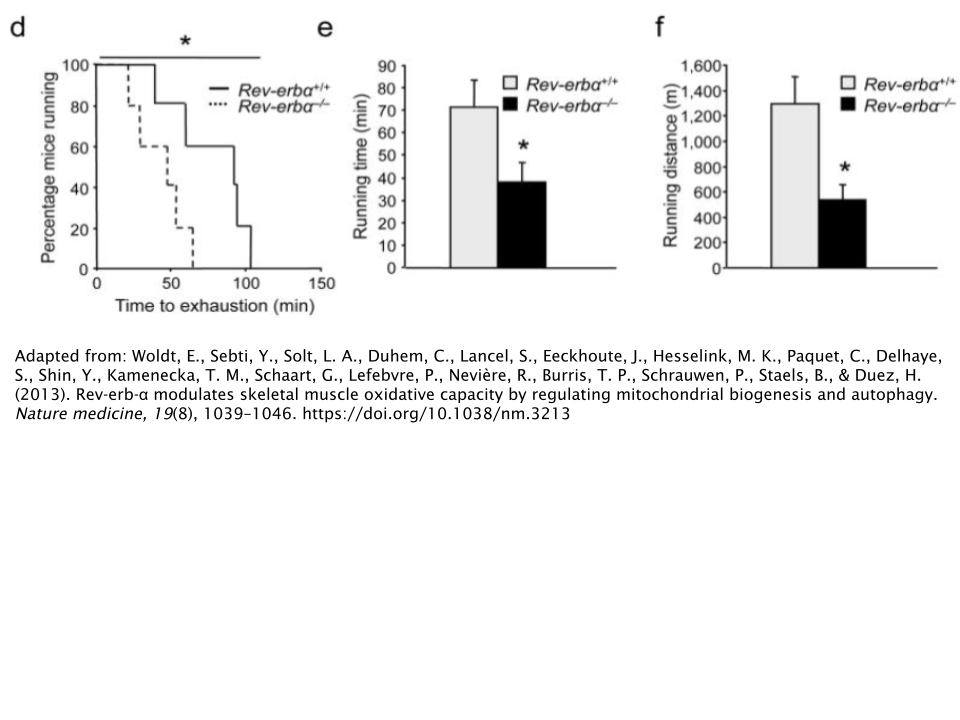 Unfortunately, there’s no human data available to support the efficacy of SR9009’s endurance capabilities. It also should be noted that SR9009 is not able to be orally administered, whereas Cardarine can. Research on this particular drug has only been conducted using injection as the primary route of administration.

Provided that both of these compounds utilize somewhat similar mechanisms, one could presume that their ability to enhance levels of endurance would be relatively similar. But again, the lack of human data makes this a difficult concept to prove.

Erythropoietin is one of many types of small proteins known as cytokines, which are important for a wide variety of physiological processes involved in cell signaling. In the body, it is normally secreted by the kidneys when it detects a low level of cellular oxygen supply. As a result, the production of red blood cells is initiated.

Perhaps what EPO is most well-known for is its use as a doping agent. The most notable of instances using EPO as a doping agent involves the cyclist Lance Armstrong, which resulted in him losing his 7 Tour de France titles after investigators came to the conclusion that he had been using EPO as a performance enhancing drug to win his various titles.

The illicit use of EPO, which is technically referred to as recombinant human erythropoietin (rHuEpo) when administered exogenously (from an outside source), has a dramatic effect on submaximal endurance exercise performance. An 11-week study revealed that subjects were able to increase their submaximal cycling performance (measured by a metric known as “time-to-exhaustion”) by 54% compared to the placebo group [15]. 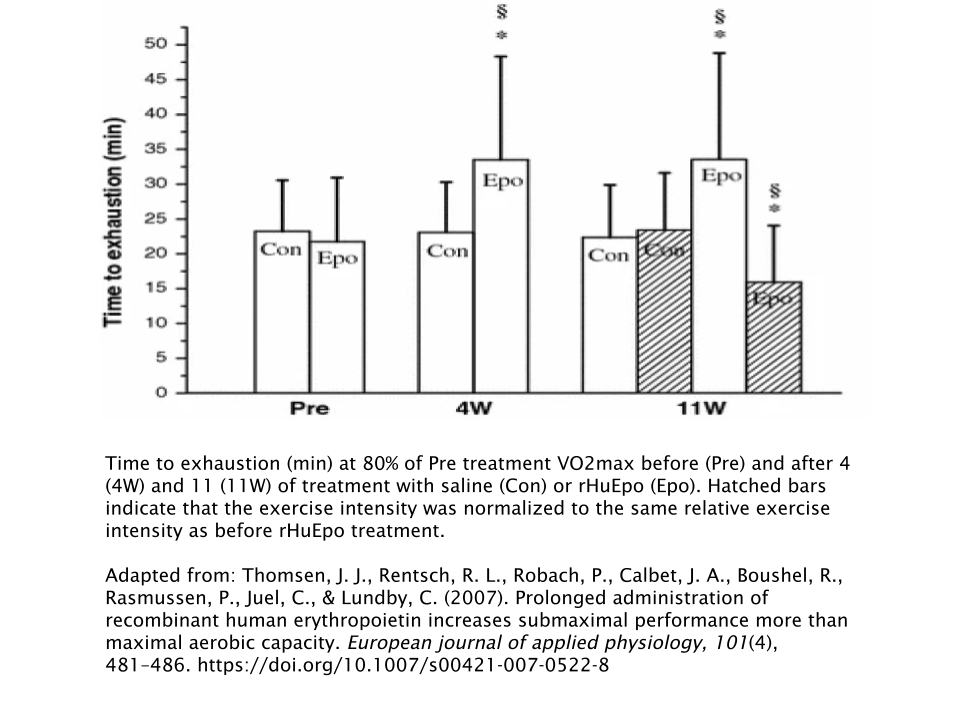 But long-term use of rHuEpo can lead to adverse health consequences, even in clinical settings. These include arterial hypertension and blood clots in the veins (thromboembolisms) [16]. On the other hand, there were no significant adverse events reported in any human trial with Cardarine.

It’s not likely you’ll see these 2 compounds compared head-to-head in any research paper. However, one could hypothesize that rHuEpo is notably more potent than Cardarine in terms of its endurance-enhancement properties, but carries with it significantly greater health risks.

But we also are not aware of whether or not Cardarine can cause cancer when administered in therapeutic doses. Cardarine appears to be well-tolerated in anecdotal reports at least. Therefore, it seems that Cardarine would be much safer than EPO while still being highly effective.

Since Cardarine is not a SARM in actuality, it does not require any sort of a PCT. It does not cause any of the typical side effects that are commonly associated with AAS and SARM use, such as testosterone suppression and liver toxicity.